Back to All Posts

What’s the secret to our long-lasting partnership with Neal Bros Peter and Chris Neal? We sat down with Chris to chat about snacks, the brand’s beginning, and how much Aurora, Ontario means to him. 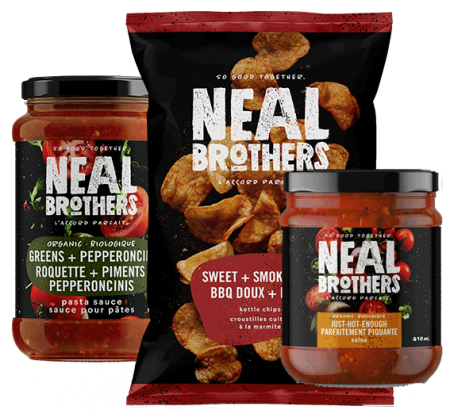 Originally, Chris and Peter Neal set out to run an experiment.

Chris was fresh out of University and while he and Peter had worked really hard summer jobs for other people, they were eager to try something on their own.

“We both enjoyed food. Food was booming back in the late 80s. There were all kinds of little red pepper jelly companies and mustard companies. And while we’d wander to try and experiment with kettle chips, competitors kept popping up.  – Chris Neal

Instead, the boys chose to focus first on one product no one else seemed to be tapping into. After realizing there was nothing beyond a box of croutons that were horrible, they started making their own croutons for salads.

“We thought: we can do that. And so began the experiment. We were producers in the earliest stage, and we had to get our products to market. So we became distributors as well.” – Chris Neal

From there, the boys dug deeper into what their brand needed to be: niche – all-natural, no preservatives. And today, they work to be organic wherever they can.

And over 25 years ago, Neal Brothers became one of those brands.

In our chat with Chris Neal, he explained that Tim Maunder had first come across their croutons at Healy’s Meats. Tim had been working there, and it happened to be one of the very first stores the brothers ever sold their products to.

When Tim and Linda later opened Maunders Food Shop, they reached out to the Neal Bros and the rest is history!

“They’ve been with us since day one. They’re one of the sole independent marketplaces that we deal with in Aurora.” – Chris Neal

Today, our strong relationship with Neal Bros remains. Bob and Allison Armstrong have continued to work with Chris and Peter to roll out exciting new products in-store. 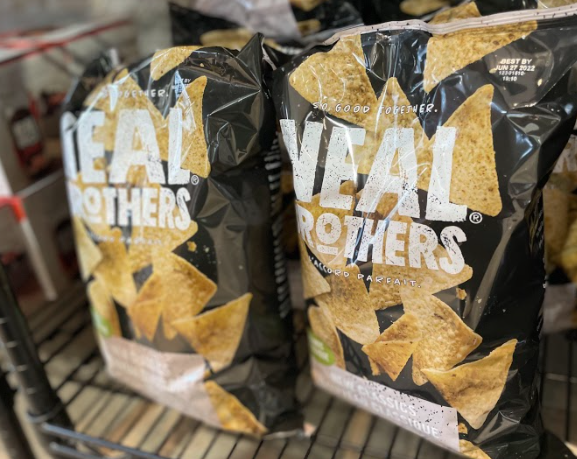 A Shared Love For Connection

When we asked Chris why he continues to choose Maunders as a seller of his brand, his answer was simple: “They’re a family running a business and we’re a family business.”

Chris went on to explain that he admires seeing Bob and Allison’s boys in the stores. That there is a real closeness. To him and his brother, a partnership like the one with Maunders goes beyond a strictly business relationship.

“We do all of our meat shopping at Maunders. I walk in and yell a big hello, and I get a big hello back from everyone. So it’s, it’s great. They’re great people.” – Chris Neal

A Shared Love For Community

Starting their business in Aurora over 34 years ago, the Neal Bros have deep roots in our shared community.

Ironically, Chris says he and his brother started Neal Bros just about 100 yards from where Maunders’ new store sits.

“We started at the corner of Industrial… in mom and dad’s kitchen but very quickly moved to a bakery. So it’s close. We’ve never had a retailer so close.” – Chris Neal

To this day, Chris and his wife Wendy, as well as his parents, call Aurora home – making partnering with their local marketplace all the more special.

“Maunders carries a pretty extensive array of Neal Brothers products. And for those friends in town who are looking for our items, a lot of them can be found at Maunders. That’s a super great feeling for us.”- Chris Neal

So, which Neal Bros products should you try at Maunders? 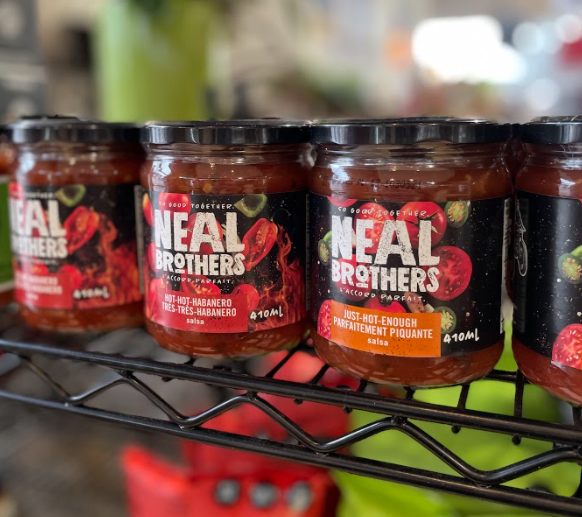 Good question… And we asked the expert himself!

“We’re known for our organic blue corn tortilla chips and our salsa, like, that’s the basis of our company. However, we have just recently launched organic corn chips that are Mexican-style – and they’re flying! It’s been one of the best launches we’ve had probably in 10 years.” – Chris Neal

Visit us at Maunders Marketplace today to try a variety of Neal Bros products!